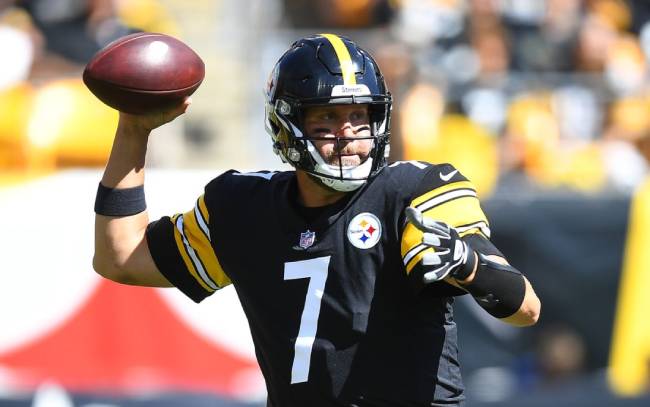 Take a look at Ben Roethlisberger’s family tree, from his Swiss roots to his deep roots in Ohio, including the families of Foust, Heslop, Shoemaker, Decker, Foster, Zimmerly, Saunders, and Amstutz.

1. Ben Roethlisberger was born March 2, 1982, in Lima, Allen, Ohio, to Kenneth T. Roethlisberger and Ida Jane Foust. Ben’s parents divorced when he was 2 years old in 1984. Her second husband was Daniel N. Protsman. She remarried later in her life. Brenda, his stepmother, and his father raised Ben.

2. A former pitcher and quarterback at Georgia Tech, Kenneth Todd Roethlisberger was born in 1956 to Kenneth Carl Roethlisberger and Audrey Louise Heslop.

3. Ida Jane Foust was born in Ohio on September 12, 1956, to Franklin “Frank” Foust and Frances Arlene “Fran” Shoemaker. When Ben was just 8 years old, she died as a result of injuries she sustained in a car accident while on her way to pick up Ben at his Dad’s for a weekend together. In addition to pointing up to heaven after every Steelers touchdown, Ben points to his mother, Ida, as well.

Ben Roethlisberger’s parents are these.

5. In 1924, Audrey Louise Heslop was born in Martins Ferry, Belmont, Ohio, to Wilbur Beemer Heslop and Louise Saunders. She is still alive.

6. Franklin E. Foust was born in 1936 in Allen County, Ohio to Lowell E. Foust and Ida M. Foster. On August 14, 1955, he married Frances Arlene Shoemaker at Pleasant View Church of the Brethren in Lima, Allen Ohio. He is still alive.

On Ben Roethlisberger’s dad’s side, these are his grandparents.

8. In Bluffton, Allen, Ohio, Aldine Roethlisberger was born on October 30, 1893, to Carl W. Roethlisberger and Mariann Amstutz. Aldine married Clara Estella Zimmerly in 1921, raised two boys with her, and worked as a mail carrier in Lima for 33 years. In Lima, he died on February 13, 1953, and was buried in Ebenezer Cemetery in Bluffton, Allen, Ohio.

9. In Allen County, Ohio, Clara Estella Zimmerly was born on January 10, 1892, to Peter Zimmerly and Mariana Keiner. Her remains are buried in Ebenezer Cemetery in Bluffton, Allen, Ohio, where she died on February 7, 1981.

10. Wilbur Beemer Heslop was born November 14, 1889, in Martins Ferry, Belmont, Ohio, to Robert Greenwood Heslop and Eleanor K. Beymor. About 1915, he married Louise Saunders and raised four children. He worked as an undertaker and merchant for his father’s business, R. Heslop Furniture and Undertaking Company. In Martins Ferry, he died on 11 November 1986.

13. Lowell Edward Foust was born on May 22, 1906, in Marion Township, Allen, Ohio, to Amos Edward Foust and Magdalena Peiffer. In 1918, Lowell Foust married Ida M. Foster. On February 24, 1950, he and his wife, Ida, died as a result of injuries sustained in an automobile accident, leaving behind five children. On February 27, 1950, Ida died instantly, and Lowell died in the hospital a few days later. At Walnut Grove Cemetery in Delphos, Allen, Ohio, the couple was buried in a double rite ceremony.

14. In 1910, Ida M. Foster was born in Delphos, Allen, Ohio, to Henry Franklin Foster and Pauline Elizabeth Kuester. Delphos Walnut Grove Cemetery is where she is buried on February 24, 1950.