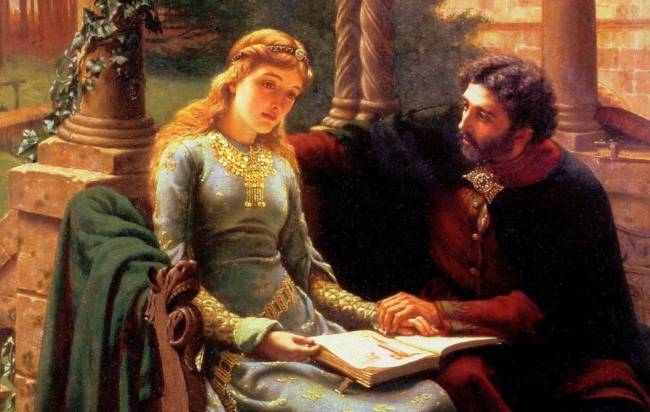 Known for their love affair and the tragedy that separated them, Abelard and Heloise are one of the most celebrated couples of all time. Heloise wrote the following to Abelard:

“Your beloved, you know how much I have lost in you, how that supreme act of flagrant treachery robbed me of my very self by robbing me of you; and how my sorrow for my loss pales in comparison to the sorrow I feel for the manner in which you were lost..”

Who Abelard and Heloise Were?

French philosopher Peter Abelard (1079-1142) was one of the most influential thinkers of the 12th century, despite his controversial teachings and repeated accusations of heresy. “Sic et Non” is a list of 158 philosophical and theological questions he posed.

Heloise (1101-1164) was Canon Fulbert’s niece and pride. Her uncle in Paris educated her well. Abelard wrote later in his autobiographical “Historica Calamitatum”: “Her uncle’s love for her was only equaled by his desire that she receive the best education possible.” Despite her no mean beauty, her extensive knowledge of letters set her apart from the others.”

Her beauty and education made her one of the most well-educated women of her time. In order to become acquainted with Heloise, Abelard persuaded Fulbert to allow him to teach her. Abelard moved into Heloise and her uncle’s house under the pretext that his own house was a handicap to his studies. Despite their age difference, Abelard and Heloise fell in love quickly.

Fulbert, however, separated them when he discovered their love. He would later write: “Oh, how grievous was the uncle’s grief when he learned the truth, and how bitter was the lovers’ sorrow when we parted!”

Their separation did not end their affair, and they soon discovered Heloise was pregnant. Until Astrolabe was born, she stayed with Abelard’s sister when her uncle wasn’t home.

In order to protect his career, Abelard asked Fulbert’s forgiveness and permission to secretly marry Heloise. While Fulbert agreed, Abelard struggled to persuade Heloise to marry him under such circumstances. Abelard wrote the following in Chapter 7 of “Historia Calamitatum”:

“She, however, disapproved of this most violently, and for two primary reasons: its danger and the shame it would bring me… What penalties, she said, would the world rightly demand from her if she deprived it of such a light!”

Heloise told him, “After finally agreeing to marry Abelard, there is nothing left but this: in our doom, the sorrow we will experience will be no less than the love we have already known.” In regard to that statement, Abelard wrote later, in his “Historica,” “Nor in this, as now the whole world knows, did she lack the spirit of prophecy”.”

Having secretly married, the couple left Astrolabe with Abelard’s sister. Her uncle and kinsmen believe Abelard cast Heloise off, forcing her to become a nun when she went to stay with the nuns at Argenteuil. Fulbert responded by ordering his men to castrate him. The attack was described by Abelard as follows:

One night, while I was asleep in a secret room in my lodgings, they broke in with the help of one of my servants they had bribed and laid a plot against me. I was punished there with a most cruel and most shameful punishment that astonished the entire world, for they cut off those parts of my body that I had done to cause their grief.

The Legacy of Abelard and Heloise

As a result of the castration, Abelard became a monk and persuaded Heloise to become a nun, which she had never wanted to do. As they corresponded, they left four “Personal Letters” and three “Letters of Direction.”

It remains a great topic of discussion among literary scholars what the legacy of those letters is. They wrote of their love for each other, but their relationship was decidedly complicated. In addition, Heloise referred to marriage as prostitution in her writings. Her writings are considered among the earliest contributions to feminist philosophy by many academics.